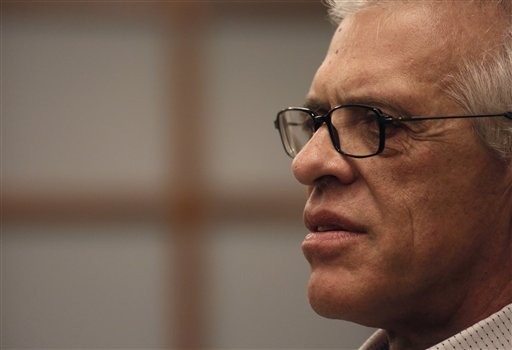 “Fiscal consolidation? Of course, yes, but in our way, in a way which places the burden on those who can pay,” John Milios, chief economist for the opposition Syriza Party’s Economic Policy Committee, told The Associated Press.

Speaking two days before a crucial parliamentary vote for Greek president will determine whether the country will go to early elections in January or February, Milios appeared certain Greece is headed for early elections that will result in a stable Syriza majority.

Milios, a German-educated economist and academic, has been portrayed as “the most hard-line” of the advisers close to Syriza leader Alexis Tsipras. He struck a cautious line — a sign perhaps of Syriza’s move towards a more pragmatic stance as they move closer to power.

All recent polls have Syriza winning a snap election, although whether they will achieve an outright majority is still in dispute.

But Milios believes Syriza will achieve a majority and the parliament will be stable “because we are going to stabilize society…and this will be a new era for the economy. We are going to boost growth and combat the humanitarian disaster.”

Syriza’s recipe for boosting growth is through a fiscal stimulus, targeted at lower incomes in order to boost their spending power. “But we shall also work to avoid what happened in the past, such as over-indebtedness,” Milios says.

“No, we are not going to follow a deficit policy. On the other hand, we will not accept, like the present government has agreed, to create an enormous budget surplus, 4.5 percent (of gross domestic product) in 2016.

“Austerity has been disastrous in the long term … all targets have failed,” Milios insists.

“There is a wind of change all over Europe,” he says, pointing to the emergence of Podemos in Spain and the opposition of German trade unions to austerity. He believes Greece’s creditors will be forced to back down from their current demands.

“They will not agree at the beginning, (but) the negotiations will go on. But we have a common interest…solvency in the euro zone. Nobody wants to force one country into default…So, we are sure we’ll have an agreement in the medium term. We can agree on certain targets to achieve, not on the means to achieve them.”

Milios also said Syriza won’t attempt to bring incomes back to pre-crisis levels, but will begin by helping the neediest. He was also adamant that the best course for Greece is to remain in the eurozone.