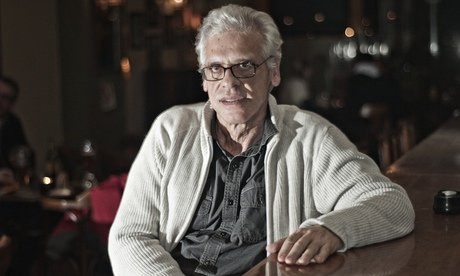 For John Milios, seen as the most hardline of Alexis Tsipras’s advisers, the country’s humanitarian crisis is the top priority

John Milios’s phone rings a lot these days. There are hedge funds and financial institutions and investors, all curious to know what the German-trained professor thinks.

As chief economist of Syriza, the far-left party that has sent markets into a tailspin as it edges ever closer to power in Greece, the academic has had a prominent role in devising the group’s financial manifesto.

He is the first to concede the programme is radical. “I am a Marxist,” he says. “The majority [in Syriza] are.”

Sipping green tea in his favourite Athens cafe, he explains: “Alternative approaches to the economy and society have been excluded by the dominant narrative of neoliberalism.”

Milios, who attended Athens College, the country’s most prestigious private school – graduating in the same class as the former prime minister George Papandreou –is part of an eclectic group of experts advising Syriza’s leader, Alexis Tsipras, on the economy.

Others include the Oxford-educated Euclid Tsakalotos, the political economist and shipping family heir Giorgos Stathakis, the leftwing veteran Giannis Dragasakis and the Texas-based academic Yanis Varoufakis.

If the Athenian parliament fails to elect a new head of state by 29 December, the Greek constitution demands that snap polls are called. The ruling coalition’s narrow majority has made it unlikely that the government’s candidate, Stavros Dimas, will get the presidency. With the radicals in the ascent, Milios and his fellow Marxists are likely to take the reins of the EU’s weakest economy.

There are few who do not believe that the insurgents will win even if their time has not yet come. After five years of catastrophic austerity Greeks are baying for change. “The people created us,” says Milios. The alliance has seen its electoral ratings surge from 5% before the country’s economic meltdown to 27% in mid-2012. “We have no other option. Every day the situation gets worse. We have to stay calm and deal with it.”

The son of a lawyer and a dentist with distinctly non-leftist views, Milios is typical of a generation who embraced Marxist ideology during the 1967-74 colonels’ regime. He ascribes his own radicalism to the Vietnam war and the visiting American professors who taught him. But while the 62-year-old insists his leanings are in the French Marxist tradition – “I never had any affiliation with Soviet Marxism” – he is regarded as the most hardline of Tsipras’s tight-knit circle and, as such, the man most in touch with Syriza’s radical spirit.

Although the rebels have ridden the wave of anti-bailout fury, a sense of realpolitik has ensured they have softened their rhetoric. Last week, the telegenic Tsipras was forced to acknowledge times ahead are likely to be hard. Debt-strickenGreece is still stuck in gruelling negotiations with creditors who have extended the lifeline they have thrown the country but are far from deciding what comes next. The controversial adjustment programme ends in February. Athens faces debt repayments of €17bn (£13.4bn) in 2015 alone.

“Everything we will do is in the context of staying in the eurozone,” says the mild-mannered Milios, rejecting any suggestion Syriza policymakers would willingly opt out. “The government has launched a fear campaign to terrorise Greeks into thinking the worst but in reality nobody believes all this talk about Grexit any more. [Angela] Merkel herself has said it is impossible for any country to leave.”

And therein lies Syriza’s secret: a high-stakes game of poker that makes the brinkmanship over presidential elections look tame. After almost five years of reinforcing the Greek economy with €240bn in rescue funds, the EU, European Central Bank and International Monetary Fund may not like what the leftists represent, but the radicals are clearly gambling it is not they who will blink first. Too much sweat, they say, has been expended on the biggest bailout in financial history for the project of monetary union to fall apart now. “Because if any country leaves the eurozone that is what will happen,” says Milios. “Greece, in its weakness, is actually very strong.”

For Milios, the priority is dealing with the humanitarian crisis that has rolled over Greece like a tidal wave since bankruptcy forced Athens to seek emergency aid. The country has seen its economy contract by close to 30%, its middle class decimated, its manufacturing base collapse and its youth migrate, all as a result of tax increases and budget cuts demanded by lenders.

Unemployment has reached record heights, with more than 26% out of work. Demands for more austerity – rejected outright by Syriza – thwarted prime minister Antonis Samaras’s attempt to reach an agreement with creditors this month.

Milios rolls off the party’s priorities one by one. It would make concerted efforts to help those hardest hit by the crisis – free electricity for Greeks who have had supplies cut off, food stamps distributed in schools, healthcare for those who need it, rents covered for the homeless, the restoration of the minimum wage to pre-crisis levels of €750 a month and a moratorium on private debt repayments to banks above 30% of disposable income.

“We do not want anybody in Greece to work under conditions that resemble slave labour which austerity has created,” he says. “We have young Greeks working for two to three euros per hour in many sectors of the economy.” He argues that the approximately €1.3bn cost of such measures could be mostly covered by a reallocation of state revenues and crackdown on tax evasion – claims that have raised howls of derision among financiers.

A recent charm offensive in the City of London saw investors decrying the policies as unworkable and “worse than communism.” At best, critics quip, the plan is incomplete. On the back of euro exit fears, the spectre of bank runs and capital flight has resurfaced. But Milios remains unperturbed. Negotiations will be tough but Syriza is well prepared with “an arsenal of arguments and weapons”.

Ending policies that have pauperised Greeks is, he says, only one part of the equation. The other will be dealing with Athens’s monumental debt pile – at €320bn, or 177% of GDP, it is more than a third larger than it was at the crisis’s start. The leftists have taken a leading role in putting the problem of public debt on a pan-European level, proposing the extension of maturities on bonds held by the ECB.

Where opponents speak of naivety, an inevitable collision with the powers that be, the Marxists speak of an historic opportunity to eradicate the politics of austerity both in and beyond Greece.

“We will not deal with this on a bilateral level with Germany but in a much wider context,” Milios emphasises, adding that the party was collaborating closely with Germany’s Die Linke and other leftist groups, on the issue.

“More than 50% of Greek debt needs to be written off,” says Milios. “The solution [of debt forgiveness] that was given to Germany at the London conference in 1953 is what we must do for Greece.”

The idea – put forward by creditors – that a primary surplus could service a debt load of such scale, was he said, “an enormous austerity trap that deprives society of valuable resources.”

As a fluent German speaker, with two PhDs earned in the country, Milios has already met Berlin’s finance minister Wolfgang Schäuble. He lets out an embarrassed laugh when talk turns to his making frequent visits to Berlin. The great merry-go-round that is the Athens rumour mill suggests the radicals have been jetting to and from the German capital for brainstorming sessions with senior officials.

For no one is more keen than the German government to get to know them, too. If Syriza does come to power there will be fears that its inexperience and lack of technical expertise could be the tripwire to default. But many also recognise that in being so removed from the vested interests that have stifled Greece – the endemic problem of corruption does not pertain to Syriza – the radicals may well be the force to change a country that has so far defied all attempts at reform. Ultimately, Syriza’s biggest challenge may not be Angela Merkel but the tortuous road it will have to take not to betray those who so want to see it in power.