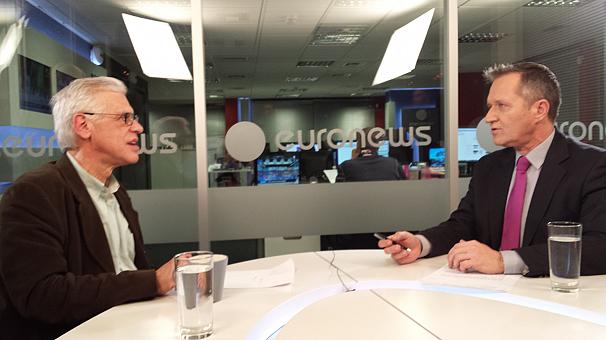 Professor Giannis Milios, head of SYRIZA’s economic programme spoke to Euronews ahead of next Sunday’s general election. Prof. Milios insisted that SYRIZA’s aim was not to lead Greece out of the euro zone, but to spearhead an economic reform effort throughout Europe. Prof. Milios said that if SYRIZA won this election, it would seek alliances only with those parties that advocated Greece’s total disengagement from the present loan agreements with the country’s international creditors. He appeared confident however, that SYRIZA would win an overall majority next Sunday, which would enable the left wing party and its leader Alexis Tsipras to form a new government.